After the now reliable flight delay with Air Asia, we again spent nearly the whole day travelling from Java to Bali on a flight which only takes just over an hour

Arrived in the Ubud region at a nice resort overlooking the rice paddies and in the small village of Mas. Had one relaxing day for Miss T in the pool before getting up at 4am the following day to visit the stunning Bilembeng rice terraces with a photographic guide. Slipping and sliding down the moist, moss covered paths in the weak dawn light, M and T squatted down and slid down on their runners! A slipped on the concrete half falling into the adjacent water ditch but fortunately he managed to save the camera. The effort was worth it though as I hope you will see in (mostly A's) photos below. M's photos have been appearing on the Adtamo Facebook page because she takes so long to process these in photoshop! M's also discovering the delights of Bali coffee.

Oh, and M left a little of herself behind in the rice terraces after having to take her morning constitution just like the locals! And A almost had to leave a shoe behind as it disappeared into the quagmire like mud in a 'sticky' rice paddy much to the delight of the locals!

What do you think we had for dinner that night? Yep, rice in the form of Nasi Goring

Had some time in Ubud itself yesterday, with Miss T and M experiencing yet another facial for the princely sum of $7 whilst A sampled some bamboo and vanilla bean ice cream. Fx 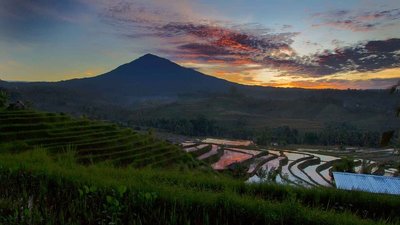 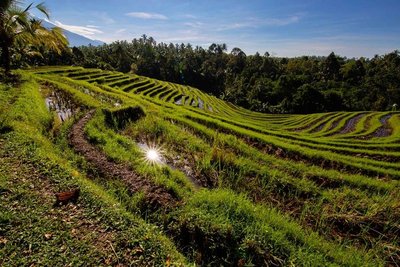 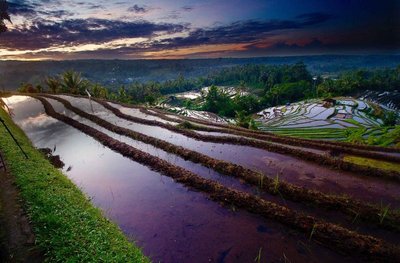 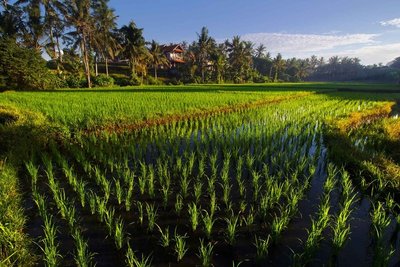 Posted by adtamo 16:34 Archived in Indonesia

This blog requires you to be a logged in member of Travellerspoint to place comments.

If you aren't a member of Travellerspoint yet, you can join for free.